Why New York?
In the city that never sleeps you’ll not want to spend too much tme in your bedroom with all that’s going on around you. The city has so much going on both indoors and outside to blow your mind. From Hell’s kitchen to Harlem, Soho to NoHo and TriBeCa to NoLiTa, each area varies enormously, where the pop-up restaurants and bars change as frequently as the fashions and the pavements are a catwalk. Here you can splurge on $500 shoes on Fifth in the footsteps of Carrie, Charlotte, Samantha and Miranda, or buy the most authentic noodles and dumplings this side of Beijing in Chinatown. The hub of New York is Times Square. No matter how may times you visit it will always excite you.

Christmas is the perfect time to be a tourist: skate at the Rockefeller Center under the colossal tree before zipping up the Empire State Building to get the views. Get a culture fix at the Guggenheim or MoMa, the Met or Museum of Natural History, featuring some of the most varied and progressive exhibitions in the world, before making the short boat trip to Lady Liberty and Ellis Island. If Wall Street’s not your cup of tea, take a meander through Greenwich Village or hop over the bridge to Brooklyn and Williamsburg. For supper eat at one of the tiny establishments in Little Italy or at the iconic Two little red hens cafe in Brooklyn.

The East Coast is not all about New York. If you want to see more we are able to package up one or more of the East Coast cities such as Boston, Chicago, Washington into a perfect USA multi centre holiday. We can even go further afield with combinations including Las Vegas, Los angeles, San Francisco, Miami, Caribbean and even Hawaii. Let your dreams become a reality with Blue Skies Travel.

Compare
4* The Westin New York at Times Square-New York, USA 873 bedrooms Indulge in excellent service and luxury at this enchanting New York oasis. Dine at the gourmet steakhouse, purchase theatre tickets for shows on your doorstep and enjoy a stay in this breath-taking la...
More »
Prices from £799
Make enquiry
More info

Compare
5* The Westin New York Grand Central-New York, USA 744 bedrooms This new hotel is located in the heart of the bustling city, close to the Empire State Building and New York's many shops, all of which are virtually on your doorstep! You can spend your days explorin...
More »
Prices from £739
Make enquiry
More info

Compare
4* The Lexington New York Autograph Collection-New York, USA 725 bedrooms The Lexington is in a premier location on Manhattan’s East Side and offers a unique range of tasteful rooms and suites featuring Jazz Age-inspired design. Shop ‘til you drop at n...
More »
Prices from £569
Make enquiry
More info 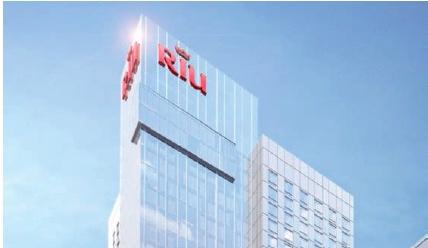 Compare
New York to LA-United States Of America, United States Of America SUMMARY Hit the road headed west and discover the best of America. Learn about the nation’s rich history in Washington DC, head into the heart of cowboy country in Texas, and soak up some southern h...
More »
Prices from £2,328
Make enquiry
More info

Compare
New York to Miami-United States Of America, United States Of America SUMMARY Brush up on your music knowledge, practice your ‘yeehaws’ and your ‘howdys’ and bring your taste for adventure (and citrus) as we travel from New York City to Miami, via the south. Exp...
More »
Prices from £1,365
Make enquiry
More info

Compare
New York to Las Vegas-United States Of America, United States Of America SUMMARY Journey east to west on a great American adventure that takes in the best that this expansive country has to offer. Explore the story of a nation in its birthplace in Philadelphia and politica...
More »
Prices from £1,537
Make enquiry
More info

We use cookies to enhance your experience on our site. By continuing to use our site, you agree to our use of cookies. Find out more >>

Copyright © Blue Skies Travel. By using this site you agree to the Terms & conditions.